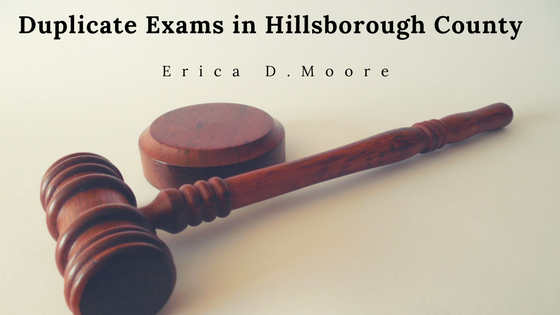 Testing is an extremely difficult and stressful process for all students. It is a necessary part of the education practice, and although some disagree with its accuracy, it certainly has is merits. However, do schools put too much pressure on its pupils with their constant examination, especially when students are made to take duplicate exams? In Hillsborough County, a recent decision has been made to respond to this issue head-on, by attempting to remove duplicate testing across all of its high schools.

The elimination of these duplicate exams, which is to be implemented this spring, was created in order to lessen the amount of stress on both students and teachers. Its objectives are to streamline the testing process for all high schools in the area. This was backed by previous feedback from students, teachers, principals and assessment professionals, and comes after a similar restructuring of Elementary examination process. The movement is supported by the governments ESSA (Every Student Succeeds Act) which has been researching and implementing methods that “reduce redundant testing”.

The restructure also follows a recent statute passed in the state of Florida that stated a school district should have a maximum of five percent of the total amount of school hours spent on examination; whether these are statewide or local assessments. This in turn gave the schools and organizations even more of a motivation to consolidate testing.

It was found that many AP (Advanced Placement) and IB (International Baccalaureate) tests were in fact being duplicated. This meant that these courses had their own standardized tests, but the students were also made to take additional exams that covered exactly the same material – a headache for students and teachers alike. These were required by the school district, and were mainly used as a way to evaluate the teachers. It then transpired that the AP and IB tests, in combination with the SATs, ACT and end-of-course exams, were easily a sufficient indicator of student’s progress and were equally as proficient at evaluating the staff.

The same method for the calculation of final grades is currently used by certain senior students who have gained exemptions from district examinations. These students avoid having to take duplicate exams by earning respectable grades and having a high attendance – with only two grades being used to create their final mark. This exact technique will be used by all those AP and IB students in the future, making their – and their teacher’s – workload and stress lightened.